A look into the Islamic revolution: Jahanshah Rashidian 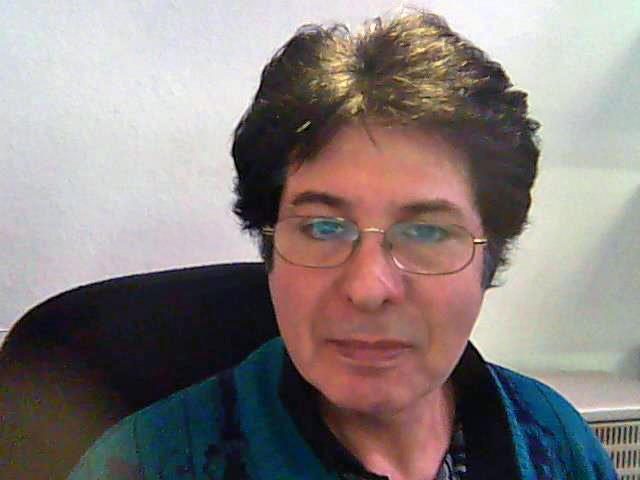 The Iranian revolution of 1979 initially started against the despotic regime of the Shah, the events rapidly changed into an Islamic revolution as the Shiite clergy was the only social force that was not supressed under the Shah, himself a narcissistic Shiite self-appointing as the God’s shadow on Earth. Nobody, even the best political analysers of the world, predicted that the revolution would be radical Islamic in nature. Neither thought anyone that under the Islamic regime the repression and corruption would end up going from bad to worse to the extent affecting the individual freedom which was under the Shah’s dictatorship however respected.
What regime looks like? In short, the Islamic regime embodies today one of the worst totalitarian regimes of the history. With a background of the mass executions, sponsoring terrorism in the whole world, misogyny by imposing forced hijab, it furthermore keeps repressing and plundering, torturing Iranian people. The regime has authorised rape to humiliate and crush opponents, men and women alike.
Role of Mullahs in the revolution It should be remembered that the 1979 revolution was not either caused by foreign conspiracies, nor an alleged “red-black-collaboration” — it refers to an alleged collaboration between the left and clergy–, but historically the utopia of Iranians on Islam due to the forced conversion into Islam by the herd of Islam coming from Arabia in the 7th. The effects of Stockholm Syndrome was promoting Islam into all aspects of social life up to the very psychology of Iranian people to the extent that although Islam initially was forced to Iranians, it became the voluntary faith of them. It was represented by Mullahs during the revolution. Mullahs were guiding the revolution.
Role of the Shah’s dictatorship Another reason of the Islamic revolution is due to the lack of a democratic opposition because as said under the Shah’s despotism such an opposition could not survive the repression. The absence of a democratic and secular opposition left the arena empty for Mullahs who were, as said, the only organised opposition.
Role of the intelligentsia Victim to its deviation, the Iranian intelligentsia was present in the prerevolutionary popular protests. It bowed to the supremacy of Mullahs by ignoring its intellectual values. In turn, Mullahs never trusted them because of being labelled after all non-Muslim. They were used by Mullahs as tools of success and then rejected like disposable nappies. At the beginning of the revolution, several experienced members of the Front National formed the first “temporary” government under the PM. Mahdi Bazargan, a stinky religious member of the front with no turban. Ten months later, all of them were ousted and Mullahs monopolised all institutions of power.
Role of the leftists and MKO Also, the leftists and then the MKO were accorded a rapid fatal fate. The revolutionary prosecutor banned the leading left-wing newspapers, activities and rallies despite the massive contribution to the revolution. The authorities looked for excuses to persecute them. The regime’s jurisprudence issued warrants for the arrest of their leaders and soon started executions of them. The 1988 notorious mass executions were the apogee of the crimes against the MKO and leftists. Even many members of Toudeh Party / Aksariat (Aksariat refers to a “majority” faction of Marxist People’s Fedayeen Guerrillas that collaborated with the regime), fell subject to atrocity of the regime and were executed in the mass execution despite their collaboration with the ”anti-imperialist” regime in repressing the “anti-revolutionary“ rest of the left or the “hypocrite” MKO.
Islamic Roots of the revolution One must never overlook the fact that the roots of the societal and political problems today in Iran are attributed to the backward nature of Islam which is a common denominator of backwardness in all Islamised countries. As long as these roots are not depicted and exposed, this or another theocratic regime can rule over the country. I emphasised on this factor as the main social and historical reason of the fiasco. This factor creates an attitude of self-alienation even among many educated people who repudiate the spirit of secularism and democracy. After imposing of Islam in the 7th by the herd of Islam, there was no a serious opposition denouncing the disastrous results of colonial Islam. This is the fiasco our intellectual pioneers kept during the 1979 revolution.
Factor of self-alienation Not only the grassroots, but also the Marxists, nationalists, patriots, democrats … mistakenly saw in the 1979 revolution a progressive source of independence and anti-colonialism. This tow criteria of independence and anti-colonialism dominated their submissive behaviour toward Khomeini and his regime. This factor of self-alienation automatically appeased the Islamic nature of the revolution. The factor ignored the colonial and backward nature of Islam in the Iranian history of the post invasion of the 7th by the herd of Islam.
Islam as imperialistic force of occupation In reality, no colonial or imperialistic power has ever plundered and suffocated the people of Iran more than Islam has been doing from the first invaders of the 7th until the Islamic regime. The intelligentsia had no attempt to give the people of Iran the awareness of it. The intelligentsia rarely emphasised the real pre-Islamic identity of Iranians, they had no ambitions for a culture of democracy and secularism; most members of this intelligentsia were educated in the western secular democracies though. Their appeasement stood above their atheist, secular, patriotist … The attitude of self-alienation misleadingly ended up by associating positive approaches towards Islam as a belief-system of the Iranian grassroots despite its imperialistic history with a very reactionary behaviour.
In short Both the intact Islamic factors of Islam in the history of Iran and despotic nature of the Shah’s regime favoured the inception of the plague of the Islamic regime on February 11th 1979 in Iran.
Facebook Comments